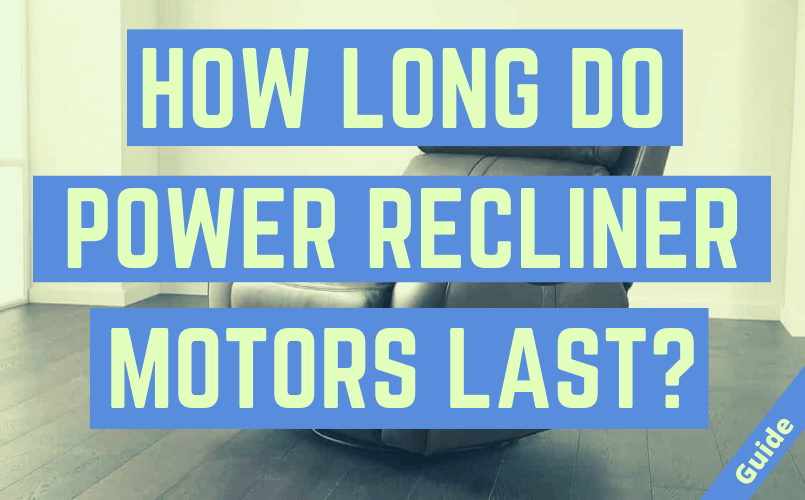 I’ve been asked numerous times where I stand on the whole best manual vs best power recliner debate. And I always say the same thing: it depends on your preferences.

In this article, we’ll be discussing the ins and outs of manual and electrical recliners and, hopefully, help you decide which is better for you.

What is Power Recliner?

Power recliners are more commonly known as electric recliners or motorized recliners. This could mean that the recliner utilizes one power recliner motor or a series of different motors to operate its reclining and other features. 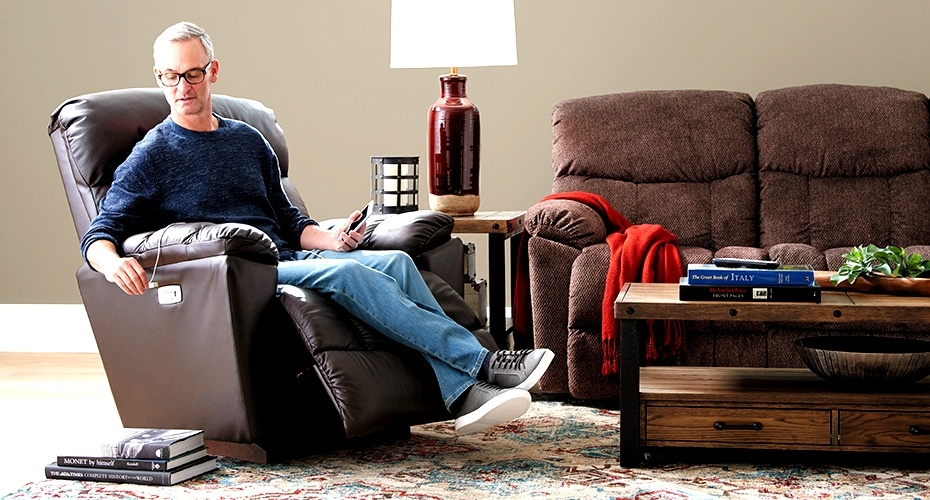 These types of recliners require a power source to function. The motors allow you to easily adjust the comfort level of your reclining chair through a control pad or remote control.

So what are the differences? If we put a power vs manual recliners, which would emerge as a victor? 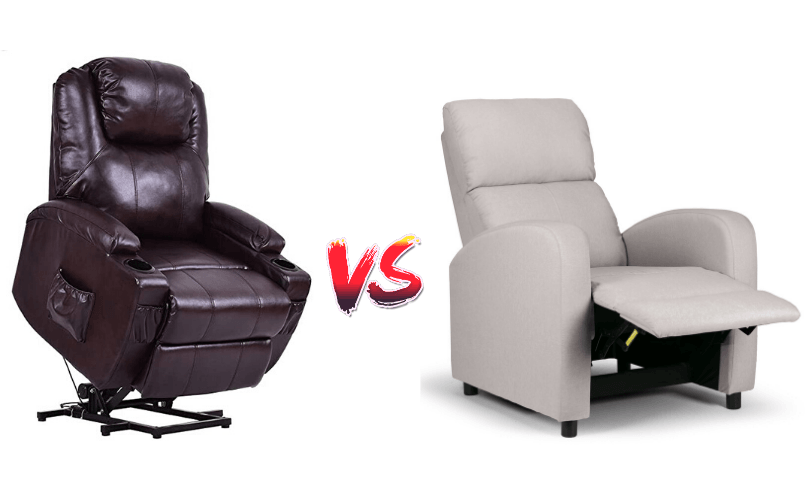 To put it simply, it depends on your preferences. This is where the phrase “to each their own” comes into play.

Both reclining chair types have their own unique points that make them better than the other. Let’s take a quick look at those differences below.

If you’re looking for a strictly no-nonsense reclining chair, you’ll find that manual release recliners offer the most straightforward controls. 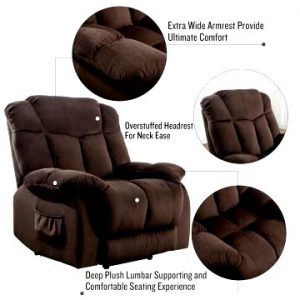 Usually, manual release recliners come with a release lever and rely on your body weight and motion to determine what reclining position you’d like.

On the other hand, electric or power reclining chairs allow you to recline to specific or unlimited positions with the push of a button.

So, which is better? It depends on your preferences.

That said, if you’re looking for a more budget-friendly unit, manual release recliners are a more reasonable option, especially if you don’t suffer from limited mobility or any disabilities.

One thing that sets power recliner manual release recliners apart is their features. These usually come with more high-tech features and adjustments. 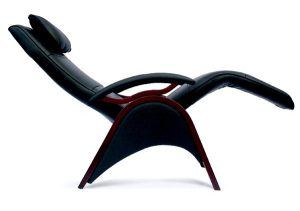 Manual, on the other hand, don’t usually come with features like zero-gravity reclining.

Manual models are usually limited to swivel and rocking features on top of the obvious reclining feature. Whereas some electric recliners have parts that can move autonomously.

Summary: These are built to be more straightforward and often don’t have many features that you can find in power recliners. That said, if you’re simply looking for a comfortable chair without all the bells and whistles, a manual release armchair will suffice you. 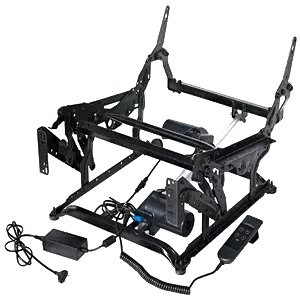 Definitely. Power recliners are usually less susceptible to wear and tear because you’re unlikely to exert unnecessary force when operating it.

Their electrical mechanisms are also built to last many years.

That isn’t to say that manual recliners are less durable.

In fact, if you take care of your manual recliner properly, you’re unlikely to encounter any issues.

How Long Do Reclining Sofas Last?

An average of ten years. Most reclining sofas that are used frequently will not last more than ten years.

How Much Power Does an Electric Recliner Use?

The average model will consume a maximum of 58 watts of energy every time you use it.

Definitely. However, due to the electrical components, you should definitely ask an expert electrician whether your outlet can handle the power output of your leather armchair.

It’s also advisable that you purchase from a reputable company to make sure your chair does not have any faulty wiring that could cause accidents.

Which Should You Choose: A Power Recliner or Manual Recliner?

It depends on your needs. I’m not saying that one is better than the other. Both types of recliners have their own advantages and disadvantages.

That said, if you want a more long-lasting armchair that’s easier to operate, the power model is definitely the better option for you.

How Long Should a Power Recliner Last?

A lower-end model made by a reputable manufacturer should last over 10 years with no problems. 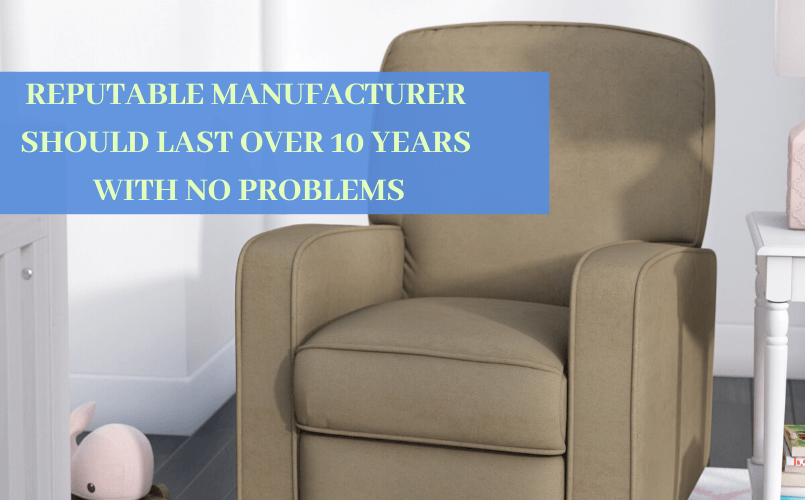 However, if you do not exercise caution and proper handling, you’re likely to see your recliner gone in a few years.

Any Problems With Power Recliners?

Power recliners are more expensive, but they’re far more convenient. They come with an anti-tangle cord, a seat height adjustment, and all sorts of adjustment options, so you don’t need a manual for them. When you’re shopping for them, it’s also helpful to know the advantages and disadvantages of different brands. When shopping for power recliners, pay attention to your comfort needs. If you’re sitting up straight all day, for example, a power recliner could be uncomfortable. Be sure to do research on whether a power recliner is right for your lifestyle. Also, it’s a good idea to test a recliner before you buy it.

Why Won’t My Electric Recliner Go Down?

There are two main problems: when you first set your recliner, you put it in all the way, because you can, even though you know that it isn’t as comfortable because of that and because it isn’t safe. Then you have to relearn how to press it down and it’s not comfortable anymore. Sometimes it’s fine, but at other times it’s much harder to lower it, and your butt muscles ache because of the effort. Plus, most people who have to lower it manually all the time have to do it even when they’re fully reclined. And it’s a problem for a lot of people.

I’ve recently gotten a new, larger recliner, and when I first sat in it, I thought to myself: How come it’s so darn hard to recline, but it’s so darn easy to sit straight up?! So there are two solutions: 1) buy a pull-down mechanism to adjust the recline angle, or 2) call your recliner company and ask for the D/S switch to be able to be configured to move slowly from full recline to back and forth.

Can Power Recliners Be Operated Manually?

You’ve done your research and have made your decision to buy a power recliner. You have good taste in this matter and you know what you want in the best recliner in the market. You have chosen the right brands and models, and have budgeted for the prices.

When it comes to this operation, you probably don’t even have to worry about anything. However, is this really the case? The most common problems when purchasing a recliner are that of a bad motor or a faulty control system. This is how you can fix this problem. You will have to know whether the electric motor or the control system is faulty. In this case, you will have to take the problem to the owner, and let them know that you’d like to have a manual operation. That way, they can either buy another seat or bring their unit to the dealer for a fix.

The Most Common Mistakes People Make

Can Electric Recliners Be Fixed?

Electrical recliners are usually brought into the home rather than installed. The product is usually equipped with an adjustable motor and base, and it is a relatively inexpensive way to get a premium comfort experience at home. Electric recliners come in a variety of styles and may be turned or elevated. If the motor is broken or the base is loose, it may be a good idea to have it professionally fixed by a furniture repair service in your area.

Mechanical recliners and base recliners should generally be operated to help keep the chair in an upright position. However, the seat can also be slid into a slightly reclined position. The motor can also be turned off, but the chair will be prone to slipping backward, even while the footrest is not in place. The footrest will also force the recliner backward, rather than moving the chair in the direction the motor is turning. Again, repair or replacement can generally be performed for a nominal charge, and the value of your furniture will increase with the additional comfort it provides.

If you’re confused about which recliner type to get, remember that it would depend on your needs and preferences. Here’s a gist of what I discussed above:

How hard is it to semi-squat and then relax? Almost all recliners have some types of built in springs to cushion your fall and/or rock you back.

It’s not so difficult to enjoy your drenched steak and beer at the table for ten minutes and return later to your recliner once you’ve finished.

Ultimately, if you’re looking for a more budget-friendly option, it will be your best bet.

That said, manual recliners are also ideal if you want a more space-efficient and straightforward unit in your home.

However, if you’re looking for something that’s easier to recline and requires little to no physical effort to operate, it would be ideal.

That said, power recliners also tend to last longer than their traditional counterpart. It also comes with more high-tech features than manual recliners.

Needless to say, whichever you choose, it is a great investment for any homeowner. 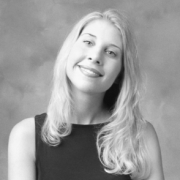 My name is Maria Brooks, founder of Recline Zen. I work as an Interior Designer who believes in helping clients with any budget designing beautiful spaces.